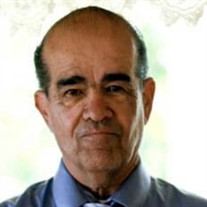 Nelson was born August 26, 1937 in Bronx, New York. Nelson grew up in the Brooklyn & Bronx boroughs attending schools in both. He met and married Evelyn Martha Rodriguez, May 4, 1964. They lived in the Bronx with Nelson’s family. They had 2 children, Lance and Kelly. In 1983 Nelson moved the family out of the city to Mahopac in Putnam County, New York. They lived there until 1995 when they moved to Washington State to retire. Nelson and Martha were married for 35 years until her passing in July 1998. In 2002 he remarried to Kathleen Gumenberg, celebrating 19 years together. In his younger days Nelson drove a beer truck for work. In 1982 he went to work for IBM, becoming a supervisor and working there until his retirement. Nelson is preceded in death by; father Ruben, mother Mary, brother Jerry, and wife Martha. Nelson is survived by; wife Kathleen, son Lance Asencio(Mary), daughter Kelly Hedges (Brandon), grandchildren -Chase Asencio, Kaidan Hedges and Brooklin Hedges, siblings Rene Asencio(Jean), Robert Asencio, Lettie Morano (Ralph), nieces Tammy Jean Beatty (Phil) and Jill Asencio (Trevor), grand nieces Georgia and Sheridan, grand nephew Dorian. Step children; Mary, Jessica, Kim, Kip & Kristen along with numerous step grandchildren & great grandchildren and Bandit his faithful dog companion. Nelson was a loving, caring man who treated his wives as queens. He had numerous friends in both NY and WA. He loved spending time with family and friends at block parties, BBQs, and holiday celebrations.

Nelson was born August 26, 1937 in Bronx, New York. Nelson grew up in the Brooklyn & Bronx boroughs attending schools in both. He met and married Evelyn Martha Rodriguez, May 4, 1964. They lived in the Bronx with Nelson&#8217;s family. They... View Obituary & Service Information

The family of Nelson Asencio created this Life Tributes page to make it easy to share your memories.