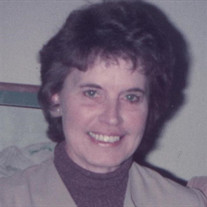 Pauline was born September 21, 1940 in Missouri Valley, IA to Joseph and Pearl Newhouse. She was the fourth of five children; Dorothy, Joyce, Joseph, and Judy. Growing up Pauline loved spending time at her Grandmother McCrickard’s farm with her Aunt Amelia and Uncles Mack and Albert. Shortly after graduating high school Pauline joined the Navy and served during the Korean War Era. Pauline met and married the love of her life, Ronnie Skelton, on March 16, 1962 in Blair, Nebraska. They kept busy working their farm in Missouri Valley, IA and chasing after five children, Pamala, April, Ronnie Jae, Joellia, and Brian. Their family grew exponentially; there are currently 17 grandchildren and 25 great grandchildren with more on the way. In 1979 Ronnie and Pauline auctioned off the farm and moved their five children in a motorhome cross country from Iowa to Port Orchard, WA. In 2005 Pauline came out of retirement to open “The Corner House” and “Place 1700.” One of Pauline’s favorite charities was the South Kitsap Helpline where she volunteered, decorated and sold Christmas trees, and gifted all the proceeds to the organization. After many years of hosting Thanksgiving Dinner, Ronnie and Pauline took the opportunity to give back to fellow Veterans and donated the cost of the dinner to the “Wounded Warrior Foundation.” In 2006, Pauline and Ronnie moved to an early 1900 farm house and restored it to its’ original charm. There they raised sheep, steers, turkeys, chickens and Pauline’s favorite, geese. In 2013, they purchased and remodeled their current home known as the Palace. As the matriarch of the family, Pauline instilled the importance of family above all else. Throughout the years several nieces, nephews, and grandchildren have lived with Ronnie and Pauline. Pauline has enriched everyone’s life she has ever came in contact with. She will truly be missed. We love you Pauline, Petie, Mom, Grandma, Great Grandma, Aunt Pauline!

Pauline was born September 21, 1940 in Missouri Valley, IA to Joseph and Pearl Newhouse. She was the fourth of five children; Dorothy, Joyce, Joseph, and Judy. Growing up Pauline loved spending time at her Grandmother McCrickard&#8217;s farm... View Obituary & Service Information

The family of Pauline Agnes Skelton created this Life Tributes page to make it easy to share your memories.