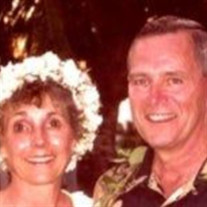 Peter Chandler Kreidler (age 77) was born in Tacoma, Washington on September 28, 1943 and passed in his Port Orchard home on August 22, 2021. He was preceded in death by his parents, Lyell C. and Louise (Jackson) Kreidler along with his step-mother Bendicta "Dickie" (Leland) Kreidler. He attended Curtis High School, Pacific University (OR), Western Washington State University (Bellingham, WA) and the University of Washington. Peter taught history/social studies at South Kitsap High School for 30 years where he coached football and wrestling for many years. He owned and operated a roofing material rooftop delivery business, was a member of the Kitsap Library Foundation where he formerly served as a board member and its president. He was, also, a board member of the Kitsap Unitarian Universalist Church. When he retired from teaching, South Kitsap High School named the social studies/history area, Kreidler Hall. This is not to be confused with Pacific Lutheran University's Kreidler Hall which is named for his grandmother, Lora Bradford Kreidler. Peter is survived by his wife of 51 years, Harriett "Robin" (Miller) Kreidler, his twin brother, Myron "Mike" Kreidler and a sister-in-law, Lela Kreidler (Lopez) and two nieces - Kelli Kreidler & Lora Kreidler Budd and a nephew – Michael Kreidler. He was well known for his smile, witty dry humor and the twinkle in his eye. When South Kitsap High School needed a Black Studies teacher, Peter volunteered and excelled. This represented a small part of his commitment to social equity and public service. Recently and until his health declined, he and his wife, Robin, actively demonstrated on behalf of Black Lives Matter. In accordance with Peter's wishes, no formal memorial ceremony is planned. At a later time, there will be a graveside recognition. In lieu of flowers, a donation to one of Peter's favorite charities is suggested by the family. First, Habitat for Humanity of Kitsap County (www.kitsaphabitat.org) and second, Washington State Hospice and Palliative Care (www.wshpco.org).

Peter Chandler Kreidler (age 77) was born in Tacoma, Washington on September 28, 1943 and passed in his Port Orchard home on August 22, 2021. He was preceded in death by his parents, Lyell C. and Louise (Jackson) Kreidler along with his step-mother... View Obituary & Service Information

The family of Peter Chandler Kreidler created this Life Tributes page to make it easy to share your memories.