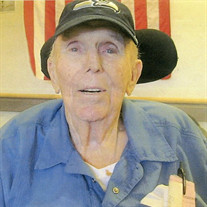 Philip (Phil) Emanuel Lagerstedt was born in Seattle, Washington on April 26,1927 and passed away in Bremerton, Washington on March 20, 2018. He served his country as a Navy deep sea diver aboard the USS Belleau Wood and witnessed Nuclear test detonations at Bikini Atoll in WWII. He also served Washington State as a King County Sheriff. He married the love of his life, Carol Mae (Doney) Lagerstedt, on August 30, 1969. They enjoyed 48 years together with much of that time spent on Vashon Island in their family home spending quality time with their children and grandchildren. They enjoyed their retirement snow-birding in Arizona where they eventually bought a home and resided for several years until returning to Washington to spend their later years with their family. Philip had many great experiences during his life which some of these are the last wagon train through Malta Montana, chairman of the Happy Timers in Lolo Montana where he hosted a spaghetti feed to raise money for a student Spanish club trip to Mexico. He found great joy in hosting, shopping, and preparing meals for family gatherings. An average evening was full of western movies, country music, cards and a good relaxing evening cocktail. Phil was preceded in death by his wife and his daughter Beverly (Pilon) Knoshaug. He is survived by his daughters; Joanne Phillips, Gail Donohue, Susan (Elvis) Pilon; grandchildren Christine (Ron) Perry, Lynn Phillips, Jake (Sarah) Donohue, Rachel (Will) Donohue, Beau Pilon, Cory (Neil) Starkel; great grandchildren Brenden, Sidney, Grace, Hunter, Harper, James and John. Graveside services are being held at Sunset Lane Memorial Park on Friday May 4th, 2018 at 2:00 PM. 1000 Bethel Ave. Port Orchard, WA 98366. Celebration of life is to be held at the Best Western Beach Hotel on Friday May 4th, 2018 at 5:00 PM. 3073 NW Bucklin Hill Road, Silverdale, WA 98383.

Philip (Phil) Emanuel Lagerstedt was born in Seattle, Washington on April 26,1927 and passed away in Bremerton, Washington on March 20, 2018. He served his country as a Navy deep sea diver aboard the USS Belleau Wood and witnessed Nuclear test... View Obituary & Service Information

The family of Philip Emanuel Lagerstedt created this Life Tributes page to make it easy to share your memories.