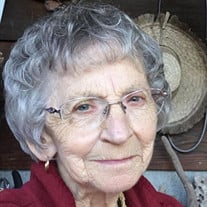 Phyllis Lee Hink, of South Colby, WA, passed away August 2nd, 2021 at St. Anthony’s Hospital in Gig Harbor. Phyllis, who was also well-known as Patty, Patty Lee, Aunt Sissy, Patty Poop and Auntie Mom, Gram was born August 19th, 1939 in Hillsboro, Ohio to Ralph E. and Phyllis (Crain) Wright. She was the second-born of five children, Harry Edward (Eddie), Jaqueline (Jackie), Ralph Allen (Rebel) and Sharon (Shani). The Wrights left the midwest and moved to South Colby in 1951. She graduated from South Kitsap High in 1957. She started Beauty School with her best friend, Arlene Scheib, through whom she met Larry, Arlene’s cousin. Larry would become the love of her life. March 1st, 1959, she wed Larry C. Hink in the Colby Methodist Church. The two of them moved frequently while Larry served in the US Marine Corps. She often called Larry “my Marine,” and was a proud and supportive wife. They had two girls, Kimberly, (‘62), and Raelynn (‘72), before Larry retired from service in 1973. The next year, they had their son, Harvey (’74). Phyllis is preceded in death by Larry (2012), both of their parents, her brother Eddie Wright, sister-in-laws Gloria Hink and Judy Barker and brother-in-law Richard Hink. Her memory will be carried on by her children; Kimberly (Tim) Stopher, Raelynn (Kevin) Luce, Harvey Hink: her siblings Jackie Lawson, Shani Robinson and Rebel Wright, and sister-in-law Mona Carden. Her legacy will be carried on by her grands- Vanessa (Robbie) Hornung, Kasandra (Chris) Torrison, Kameronn (Amanda) Stopher, Bryant Rosenquist, Raeanna Rosenquist, Pheobe Luce and Kalie Luce: greats – Ian, Levi, April, Juna and Torrison little one to join the family in February. Phyllis was, above all things, the matriarchal rock of our family, but she wore many other hats (that she likely knitted or crocheted herself). She was: a lover of paperback romances, a fantastic cook (coveted for her biscuits and gravy and Chille Quelas), a seamstress (Halloween costume and prom dress maker extraordinaire), a self-made medic (no one got hurt more often than Grandpa), a collector of all types of treasures, a master green bean canner, a red suitcase toting hairdresser (Did everyone in our family get home-haircuts? EVERYone.) a golfing, back-scratching, Bus Rodeo “Rookie-of-the-Year-” winning, slot machine-loving, blackberry jam-making, “Bloody” Spoon-wielding, motorcycle backseat-riding babe, who was stubborn as the day is long if you tried to throw out her pinecones. Among the short list of things that “irked her to no end” were litterbugs (as evidenced by catching her picking up discarded cigarette butts with her “sleeve” tissues), bullies, Grandpa and Bry shooting her apples full of BBs and flavored coffee. She gave her whole heart to practically everything and everyone else, but some of her favorite things (not including people) included being a playground monitor and driving bus for Kitsap School District for many years, sitting on her patio watching her hummers, tending her flowers, turning off “her ears'' when they sang like whales, decorating with anything (giant beehives, walnuts, anything crocheted, volleyballs, etc.), knitting items she’d donate, keeping things no one else has a use for (having three microwaves in the garage is bound to help somebody, sometime), shopping at St. Vinneys (where she could always find treasure) and making friends out of every stranger she bumped into at the grocery store. She was kind, patient, giving, loyal, compassionate and had a heart so dang big and full it’s amazing it fit in her tiny (but mighty!) little chest. Were we always the best versions of ourselves, we could never fill the hole she’s left in this world. A Celebration of Life for Phyllis will be held at VFW Post 4992, 9981 Central Valley Rd., Bremerton, WA, on Saturday, September 18th from 1-5 PM. Comfy attire only. Please don’t come if you’re feeling or have been sick. If you would like to bring something please contact Raelynn or Kimberly so we don’t have 25 potato salads. In lieu of flowers, consider donating to your favorite cause, or to the wonderful ICU nurses at St. Anthony’s in Gig Harbor, to whom our family would like to say a special thanks. She loved the staff and would smile and give hugs or blow kisses to them during her stay. The family would also like to give their thanks to Rill Chapel for taking such good care of Mom. To share a beloved memory or pictures of her, please seek out Raelynn or Kimberly on FB messenger, email to [email protected] or leave a message on the Rill online memorial page.

The family of Phyllis Lee Hink created this Life Tributes page to make it easy to share your memories.