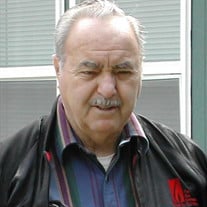 Raymond L. Connick passed away at home on March 3, 2017. Ray was born January 12, 1936 in Chadron, Nebraska to Howard and Jennie Connick. At five years of age Ray’s parents moved to Taft, California. Ray said that after arriving in Taft at night, he woke up the next morning and looked out at the desert and said “What have my parents done to me?”. Ray spent his childhood in Taft and graduated from Taft Union High School in 1954. That same year he married his high school sweetheart, Lois Marie Trammell. They celebrated their 61st anniversary last November. As a young man Ray went to work for Southern California Gas Company and moved his family to Saugus, California in 1962 where he raised his family. In 1985 he moved to Santa Barbara before retiring to Lake Bay, Washington in 1993. Lake Bay met all of his criteria and was his dream location with trees in abundance and only 1 signal light. It was there he spent many years building his incredible shop and making rocking chairs, wind chimes, mailboxes and many other projects which he gifted to his kids and grandkids. After 20 years, living in his dream location, he and Lois moved to her dream house in Port Orchard. Ray worked for Southern California Gas for 35 years. He started as a welder’s assistant, quickly learned the trade and became the top welder for Southern California Gas for many years. He advanced to the position of supervisor where he was highly respected by all of the people who worked with and for him and ended his career as a project manager. While Ray was justly proud of his work accomplishments, it was readily apparent to all that his family was his proudest accomplishment. He and Lois spent 61 years together and he showed his romantic side buying roses – one for each year of marriage – every anniversary. They had four children, seven grandchildren and he loved being “Grandpa jelly bean” to bunches of great grandchildren. Many of Ray’s favorite activities were centered around his family: from coaching Pop-Warner football when Greg was playing, attending school for one day each year with each child, to camping in the California redwoods at the Smithwoods, the family’s favorite spot. Anyone who ever went camping with Ray learned he couldn’t carry a tune when he sang his favorite song: “It’s Time to Get Up”. Ray was preceded in death by his parents Howard William Connick and Jennie Agnes (Case) Connick; three brothers: Bob, Jack and Kenneth; and two daughters: Karen Lynn and Linda Kay. Survivors include his wife Lois, his daughter Tami Michelle and her husband Scott Parker, his son Greg Raymond and his wife Shiela Connick; his grandchildren, Raymond Bradley, Jennifer, Brenda, Danny, Jaclyn, David and Brienna, and a bushel of great grandchildren.

Raymond L. Connick passed away at home on March 3, 2017. Ray was born January 12, 1936 in Chadron, Nebraska to Howard and Jennie Connick. At five years of age Ray&#8217;s parents moved to Taft, California. Ray said that after arriving in... View Obituary & Service Information

The family of Raymond L. Connick created this Life Tributes page to make it easy to share your memories.