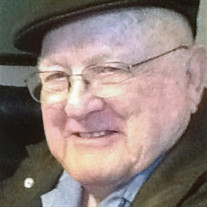 Raymond Monroe was born in Kingsville, Texas to E.W. (Dub) Monroe and Willie Monroe. He attended San Marcus Baptist Academy, attaining the rank of Cadet Company "C" Commander. After High School, he joined the United States Air Force in 1950, serving four years, receiving an honorable discharge as Airman First Class in the Communications Security Service. Ray went on to college, graduating from Texas A & I in Kingsville, Texas. In 1956 Ray married the love of his life, Mary McWilliams, whom he met in college. Ray then pursued a Bachelor's Degree in 1957, a Masters Degree in 1964, then an Educational Degree in Industrial Education. Ray and Mary moved to Port Orchard in 1967. Ray began teaching at Marcus Whitman Junior High as a Wood Shop/Industrial Arts Teacher, then became heavily involved in the establishment of West Sound Technical Skills Center, becoming instrumental in setting up the curriculum and administration, until retiring in 1992. Ray enjoyed wood crafting, fishing, bee keeping, and competition shooting. He built, by hand, his first 16' wooden power boat to go fishing, then built his wife a 14' Camper and traveled back to Texas see her family in 1972. Upon retirement, Ray and Mary moved up to a motorhome then traveled and fished from Canada to Mexico, until Mary's death in 2009. Ray is survived by his two children, daughter Toni D. (Reed), son, Kelly R. Monroe, and great grandchild Cole Schadek . There will be a memorial service at Sunset Lane Cemetery in Port Orchard, WA. on April 2, 2018 at 3pm.

The family of Raymond Garner Monroe created this Life Tributes page to make it easy to share your memories.