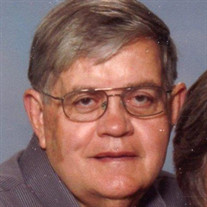 Richard Henry Kolste was born to Majorie (Perry) and Donald Kolste at Hadley Memorial Hospital, Hays, Kansas. He spent his childhood at Palco, KS attending elementary and middle school. In 1962 the family moved to El Dorado, KS where he graduated high school in the class of 1965 and attended Butler County Junior College until 1967 when he was drafted and inducted into the U. S. Army. After basic training at Ft Leonardwood, MO he completed Army Training Program, Fixed Plant Carrier – Ft. Monmouth, NJ. He held the Specialty Title Fixed Station Receiver Repairman. October 21, 1967 Richard married Dedra Battles before leaving for his assignment to Vietnam. He was there during the TET campaign 1968. His other assignments included Fifth U.S. Army Ft. Sheridan, Illinois, Korea, HQ 1st PSYOP Bn Conarc Ft Bragg, NC. With a thirst for knowledge he continued his education at North Carolina State University, Fayetteville Technical institute, NC completing computer languages courses. After his discharge he attended Olympic College, Bremerton, WA until he accepted a position at the Puget Sound Naval Shipyard where he retired in 2005 spending most of his career as a Electronic Engineer Tech. Retired, Dedra and Richard enjoyed the outdoors, traveling across the country, camping in their travel trailer visiting family. He savored time with friends and hobbies; working in his workshop, Amateur Radio Extra Class, competitive pistol matches at Kitsap Rifle and Revolver range and many more. He loved and lived life seeing everything as an adventure especially as he crewed in a sailboat with friends on the inside passage to Alaska. Richard expressed the knowledge and acceptance of Jesus Christ as the son of God and loved to go to church, daily devotions and prayers. He appreciated everything his church family did to help him. He was preceded in death by his parents and sister, Dianna Moe. Survived by his wife, Dedra; brother, Doug (Donna); nephews, Vance Williams, Brent Kolste (Marlena), Caylan Kolste (Danielle); Ken Spencer; Niece, Kristy Spencer; great-nieces, great-nephews; great-grand nieces and great-grand nephews. There will be a private memorial. In lieu of flowers the family asks your consideration to donate to Alzheimer's Association.

The family of Richard H Kolste created this Life Tributes page to make it easy to share your memories.