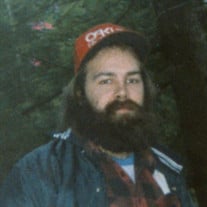 Robby ‘Bob’ Wade Phipps was born in Bremerton, Washington to Bobby and Marilyn (Hull) Phipps. He was a fighter right from the start as he was born with RH blood and had to have his blood changed twice. After staying in the hospital for a week, he came home to join sister Trudy, two brothers, Bill and John, his father and mother Bobby and Marilyn and a troupe of animals on the farm in Sunnyslope, WA. All five acres were surrounded by woods. It was an ideal place for kids. He helped build a treehouse with is brothers. Then he built his own clubhouse out of used lumber and used nails. He even bought paint the clubhouse with his allowance. He really liked keeping busy. He was also a Boy Scout and even during some tough times for himself, he determined to graduate from high school. Always industrious, he got his first job when he was 16 working weekends at Folger’s Butcher Shop. During Christmas season, he worked at Alpine Tree Farm. He later worked at Sunnyslope Wrecking Yard as a mechanic of sorts, removing parts from vehicles which was a hard and dirty job, but he loved it. When he was younger, he was quite a collector. He would go to yard sales and the swap meet every Sunday with his dad. He started out with Road Runner items and later switched to WW II memorabilia. Chevy Nova cars were his favorite vehicles. When he was older, he found out after twenty-two years of taking a certain medication that his kidneys were failing. He was put on dialysis. In September o 2019 after being given the wrong medicine, for weeks, he was taken to Port Orchard Care Center. For the last seven months while there, he just thrived and loved living there. He made friends with the staff and the residents there. They had nothing but nice things to say about him. Several of them told his mother that she raised a really nice son, and that he was such a delight to be around. He was a caring son, a good brother, a great uncle, cousin, nephew grandson, and an all-around nice guy. His love of telling jokes, his laugh, is sense of humor and his gift of gab will be missed big time. Goodbye Rob, enjoy living in heaven.

Robby &#8216;Bob&#8217; Wade Phipps was born in Bremerton, Washington to Bobby and Marilyn (Hull) Phipps. He was a fighter right from the start as he was born with RH blood and had to have his blood changed twice. After staying in the hospital... View Obituary & Service Information

The family of Robby Wade Phipps created this Life Tributes page to make it easy to share your memories.

Robby ‘Bob’ Wade Phipps was born in Bremerton, Washington to...