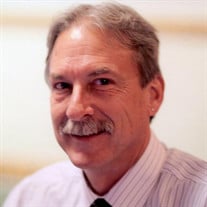 Robert Allen Mathers, affectionately known as Bob, was born January 15, 1962 in Glendale, California to Theodore Allen Mathers Sr. and Jacqueline Gail (Della Porta) Mathers. Bob grew up in Canyon Country, California attending elementary school at Sky Blue Mesa, Middle School at Sierra Vista Junior High, and graduated from Canyon Country Christian School. He attended a trade school for a while and moved to Wichita, Kansas to begin working as an aircraft mechanic for McDonald Douglas and later Boeing. In 2009, he moved up to Everett, Washington continuing to work at Boeing in the aerospace industry until recently due to illness. He’d recently reached a huge milestone and received his 25 year pin. From his youth he had a collection that some would consider a bit unusual for his age. He was a Numismatist, that is, a person that collects things used as money, in his case, he had a coin collection and even belonged to a coin club. Over the years, he developed a love for helicopters. He took at least three different flights in helos and eventually became hooked. One of his life’s ambitions was to eventually build, own and pilot a helicopter of his own. His favorite color was blue, perhaps inspired by blue skies as opposed to bodies of water. Bob always enjoyed coming together for the holidays or any other reason for family get-togethers. He loved panning for gold with friends and had just about every imaginable thing you needed to do so. One of his favorite things to do was to go camping; enjoying what events transpired during the day and ending it sitting around a good campfire and telling old stories. When they would go camping, they’d often go to Baker, California or Delamar, Nevada and explore the open ranges and old forgotten mining sites that once peppered these areas. Bob went peacefully back into the hands of our loving God on June 12, 2021 from his sister’s home in Port Orchard. He was preceded in death by his parents and older brother Theodore Allen Mathers, Jr. He is survived by his sister Lynne, brother Jim, brother-in-law Geoff, his son Shayne, nieces Sasha, Nichole, and Jackie, nephews Theodore IV and Cody, and many more nieces, nephews, cousins, family and friends. He will be greatly missed by those that knew and loved him.

The family of Robert Allen Mathers created this Life Tributes page to make it easy to share your memories.