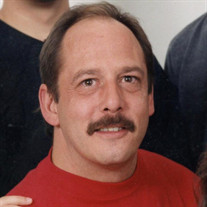 Roger James Starkel was born February 6, 1955, at Harrison Memorial Hospital in Bremerton, to James Eldon and Lorna Marie (Hatfield) Starkel. He attended elementary school in Bremerton at Manette Elementary and moved to Southworth in 1964 where his father built their family home. He attended Marcus Whitman Junior High and later South Kitsap High School. He received his G.E.D. and took classes at Olympic College in Computer Science. He went to work at K-2 where he met his future wife. Later he worked at Watson Furniture Systems where he made a lifelong friend and eventually, they both went to work till his retirement as a mold maker at Tru-life Prosthetics when he retired in Feb 2021. Roger married Connie Lorraine Mueller on November 5, 1976. Among his fondest memories, and to him his greatest accomplishments, were the 23 years he and Connie spent together raising their four children and making lifelong friends. He was most proud of the time spent with his children and raising his amazing family. Roger loved many things. He was proud to have attended the first ever Seahawk’s game. He spent his time watching Seahawks games with his closest friends, that he considered his family, and working on and driving his 1955 Chevy Belair. He loved his extensive record collection, and would listen to them while playing chess, ping pong, and pool. He would play ping pong till his knuckles were bleeding, and he was covered in sweat. He would always claim to be the reigning champ. Of his fondest memories were the time spent watching horror movies with his daughter Kayla. Giving horsey rides to his daughter Jenine, and spending time at his family home in Southworth. Roger is survived by Nick (Arin) Starkel, and Neil (Cory) Starkel; daughters Jenine (Jef) Monaghan, and Kayla (Cody) Schaef; 13 grandsons Evan, Colby, Collin, Ryan, Connor, Brennan, Tristan, James, John, Joseph, Ronan, Hunter, and Riley; and 2 granddaughters Olivia and Patricia. He will be greatly missed by those who knew and loved him.

Roger James Starkel was born February 6, 1955, at Harrison Memorial Hospital in Bremerton, to James Eldon and Lorna Marie (Hatfield) Starkel. He attended elementary school in Bremerton at Manette Elementary and moved to Southworth in 1964 where... View Obituary & Service Information

The family of Roger James Starkel created this Life Tributes page to make it easy to share your memories.