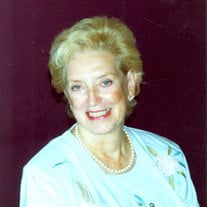 Devoted wife, mother and grandmother, Sharon Jean Fuller (Lunderville) passed away on December 6, 2017 after a brief and sudden illness. Sharon was an amazing, vibrant woman who led an adventurous life. Born and raised on a farm in Chippewa Falls, Wisconsin Sharon would later explore and travel the globe. From China to Russia, Europe to Africa, Iceland to Australia, Sharon saw it all. She had a spirit and passion to see and explore the world. As a young adult Sharon worked for Northwest Airlines and later Boeing. Sharon returned to school later in life earning a degree in Biology followed by her Juris Doctorate at the age of 42 from the University of Akron. After returning to Washington State Sharon became a Deputy Prosecuting Attorney for Pierce County. She retired after 21 years of service. Sharon was a strong believer in community service. She was a Rotarian with the Tacoma 8 Club for many years. She volunteered at the Harrison Hospital gift shop and supported many other worthy causes. Sharon combined her love of travel, service and education through Elderhostel where she volunteered her time and considerable energy to work on projects throughout the world. From documenting marine life in Belize to restoring the USS Missouri in Hawaii she was always on the hunt for opportunities to serve. Most of all Sharon loved to travel with her family and generously arranged many great adventures for them around the world. Always active, Sharon was an avid golfer and member of the Gold Mountain ladies league. Sharon was the matriarch of the family and will be deeply missed by her son Kevin Kelly, daughter-in-law Wendy, step-son Gary Fuller and wife Elaine, granddaughters Caitlin Hunt, Megan Kelly and Lauren Kelly, her sister Elaine DeGrasis, brother Lee Lunderville and her many nieces and nephews. She was preceded in death by her husband George Fuller, brother Merle and sister Leona. A celebration of life will be held in her honor at Gold Mountain Golf Club on Thursday, December 28, 2017 at 3:00 pm. In lieu of flowers or gifts the family asks that donations be made in her name to Road Scholar (www.roadscholar.org), a not-for-profit leader in educational travel.

Devoted wife, mother and grandmother, Sharon Jean Fuller (Lunderville) passed away on December 6, 2017 after a brief and sudden illness. Sharon was an amazing, vibrant woman who led an adventurous life. Born and raised on a farm in Chippewa... View Obituary & Service Information

The family of Sharon Jean Fuller created this Life Tributes page to make it easy to share your memories.