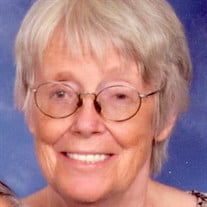 Sharon Lea Kawasaki was born in Seattle, Washington on April 4, 1943 to Glynn and Mildred Goodwin. Sharon was the youngest of three siblings. She was married for fifty years to her husband Nobi Kawasaki, with whom she had her son Burley. Sharon grew up for most of her life in Port Orchard, Washington living in the Long Lake area and attended South Kitsap High School. When her dad passed away while she was in high school, Sharon played an instrumental role in taking care of her mom and helping her through this time of grief. She also later played an important role in the lives of her sister and brother (Lynne and Gary) and especially her care over the years for her beloved nieces and nephew (Laurie, Jana, Diana and Craig); she was selfless in her devotion to caring for family members in need, putting their needs ahead of her own. After high school she attended college in both Washington and Oregon. While attending school in Portland, she met her future husband Nobi and they were married in 1967. Their son Burley was born in 1970 and two years later they returned back to Port Orchard to be closer to Sharon’s extended family. She was committed to being part of a tight-knit family environment and it meant a lot to her to be a part of all of the frequent family gatherings and activities; she would continue to put the needs of the family ahead of her own. She remained a stay-at-home housewife and mother. She was deeply involved in raising her son and supporting his scholastic and personal activities; she was never one to take the limelight, but was always quietly involved behind the scenes in supporting his activities from everything from school plays to concerts to hobbies. Sharon never quite knew how to relax and take time for herself – her life was an example of self-sacrifice in the care of others. When her schedule wasn’t busy with family, she volunteered for many years in fund-raising for the Manchester Library or helping out at church. She also was known for her soft-spot for taking care of stray animals. She was always adopting the many neighborhood strays in need in addition to the three horses that she raised as pets over the years. In any remaining free time Sharon enjoyed gardening and home improvement activities around the family home and property where she resided for over 45 years. Sharon had faced a variety of physical ailments throughout her life but had quietly endured and persisted through them all. In December 2017 she was diagnosed with lung cancer; she was determined to fight it and win as she had with many of her ailments she faced over the years. Given her private nature, she made sure few people knew of this condition; she began chemotherapy and persistently carried on her life as if nothing had changed. However, her life here on earth ended suddenly on the evening of February 11 due to some surprise health complications. She passed at home quickly and free from suffering. She is survived by her husband Nobi, son Burley, sister Lynne, brother Gary; her nieces and nephew (Laurie, Jana, Diana and Craig); and two grand-children (Daniel and Maddie). In lieu of flowers remembrances may be made to the Friends of the Manchester Library. http://www.manchesterwa.org/ Rest in Peace

Sharon Lea Kawasaki was born in Seattle, Washington on April 4, 1943 to Glynn and Mildred Goodwin. Sharon was the youngest of three siblings. She was married for fifty years to her husband Nobi Kawasaki, with whom she had her son Burley. Sharon... View Obituary & Service Information

The family of Sharon Lea Kawasaki created this Life Tributes page to make it easy to share your memories.

Sharon Lea Kawasaki was born in Seattle, Washington on April...