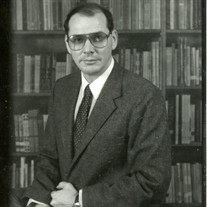 Sherman Allen Coulon passed away in his sleep on August 7, 2018. He was born on September 19, 1938 to Howard and Eleanor Coulon. He was a proud tribal member of the Oneida Indian Nation. As a child, he moved to Washington with his family. He attended schools in Bremerton and North Kitsap, graduating from North Kitsap High School in 1957. He has enjoyed keeping in touch with many dear high school friends over the years. Sherm attended Olympic College and Western Washington University before graduating with a teaching degree from the University of Washington becoming the first in his family to graduate from college. During this time, Sherm served in the National Guard. He went on to get a Master’s degree in school administration. He spent his entire 33 year educational career working for the South Kitsap School District. He held a variety of teaching, coaching and administrative positions. In the late 1970’s he served as president of the Olympic League Athletic Directors Association. He participated in a number of ventures outside of school. Early on, he started a logging business. Also, every summer, for several years, he headed up to Alaska to commercial fish. He served as an early Fathom’s of Fun chairman. While teaching, he remodeled and built houses. If that wasn’t enough, he bought the Hi-Tide Tavern on the waterfront in Annapolis (currently Whiskey Gulch and Annapolis Fitness). Then, he built the Upper Deck above the tavern. Sherm was a loyal Husky Football fan. He had season tickets for over 50 years. He was there cheering for the Huskies at the Fiesta Bowl this past year. In his freetime, he enjoyed coaching. He coached several basketball teams including youth, school and adult teams. He served as an assistant football coach for SK. He also coached a women’s softball team. He had many great memories coaching and playing in the Bremerton recreational basketball league on TB&M, Buck’s A and W and Westbay Pistons. Sherm enjoyed fishing and golfing with his friends. He liked working with stained glass and painting. Sherm had two children with his first wife, Jorgene (Anderson) Dailly, Kurt (Desiree) and Darcy. Sherm was preceded in death by Darcy; his brother, Jerry and sister, June. He is survived by his wife of 32 years, Sheryl. Surviving are their two sons, Jeffrey (Brianna) and Casey. He left four granddaughters Yehtzirah, Frida, Lola and Sally Blossom. A celebration of life will be held at the Kitsap Golf and Country Club on Saturday, Aug. 18 at 3:00. Memorial donations may be made to St. Jude’s Children’s Research Hospital.

Sherman Allen Coulon passed away in his sleep on August 7, 2018. He was born on September 19, 1938 to Howard and Eleanor Coulon. He was a proud tribal member of the Oneida Indian Nation. As a child, he moved to Washington with his family. He... View Obituary & Service Information

The family of Sherman Allen Coulon created this Life Tributes page to make it easy to share your memories.