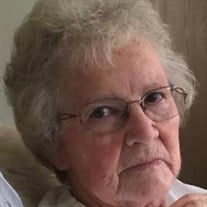 It is with great sadness that the family of Shirley Ann Pugh announces her passing on June 25, 2018 at the age of 83 years (young). She was preceded in death by her parents, Monte and Dorothy Keough, husband Robert Carlman, husband James Pugh, granddaughter Rashelle Carlman, and brother in-law Patrick McManus. She is survived by her sisters Norma (husband Dolph) and Darlene, 2 sons, Michael (wife Patty) and Patrick (wife Kathy), 2 daughters, Sherry (husband Brad) and Janine (husband Mark), 8 grandchildren, Robert, Mathew, Thomas, Andrew, Bailey, Kyla, Ashley and Jimmy, and 2 great grandchildren, Jesse and Aden. A small ceremony is planned for family and close friends. Shirley was born March 3, 1935 in Tacoma, WA. While attending the University of Idaho she met her first love Robert Carlman. She did not finish school at this time as she and Robert got married in 1955 and had two sons, Mike and Pat. After college, Robert (Bob) took a position as a Timber Sales Officer for the US Forest Service in the north Cascades. Bob died as a result of an accident while working for the Forest service in 1958. While raising two young sons on her own she went back to finish her schooling. She completed a course at St. Luke’s Hospital School of Medical Technology, June, 1960. She became a member of the American Society of Medical Technologists, February, 1961. Ultimately she received her Bachelor of Science from The University of Idaho, June, 1961. Shirley had a successful career as a Medical Technologist first working in Spokane and later at the State Hospital in Medical Lake where she remained until her retirement. Shirley met the second love of her life, James Pugh, in Spokane WA and they were married, July, 1962. They added 2 daughters, Sherry and Janine, to the growing family. As a family they enjoyed many wonderful memories together including snow skiing, going to the cabin, swimming and water skiing. James (Jim) retired from the Burlington Northern Railroad after a long career. After retirement they made Coeur d’ Alene lake their permanent home. She enjoyed living at the lake and loved spending time in the boat with Jim; Shirley reading while Jim pulled in the fish. They spent their winters in Hemet California and enjoyed adventures to far off lands and visiting family and friends around the country. Sadly Jim died of pneumonia as a result of lung cancer in 2011. She was devoted mother/Grandmother and will be missed dearly. In lieu of flowers please consider a donation to an Alzheimer’s association of your choice.

It is with great sadness that the family of Shirley Ann Pugh announces her passing on June 25, 2018 at the age of 83 years (young). She was preceded in death by her parents, Monte and Dorothy Keough, husband Robert Carlman, husband James Pugh,... View Obituary & Service Information

The family of Shirley Ann Pugh created this Life Tributes page to make it easy to share your memories.

It is with great sadness that the family of Shirley Ann Pugh...