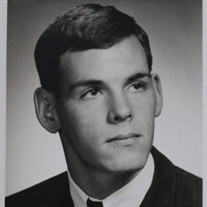 Steven Alexander Twardus was born in West Seattle, Washington on May 4th 1948. He attended Hawthorne Elementary school from 1953-1959, Emerson Elementary school in 1960, Rainier Beach High School from 1960-1966, and graduated from Green River Community College with an Associate’s Degree. He was the CEO of Twardus Iron & Wire Works. Steven was involved in baseball, basketball, and DeMolay International Fraternity. At Highlands he was involved in Boy Brigade, Awana, and Sunday School. He also enjoyed radio controlled unlimited hydroplanes. His fondest memories and accomplishments were marrying his wife Pamela, celebrating 49 years of marriage, and having four children - followed by becoming a grandfather of nine and then one great-grandchild. Steve loved visiting Mason Lake, watching the Seattle Seahawks, family gatherings - especially Christmas, classic cars, antiquing, and primary colors such as reds and blues. Steve always gave thoughtful prayers at our events. He had a special place in his heart for Psalm 103:6-19 and the song “How Deep The Father’s Love For Us”. Steven was preceded in death by his mother Jean W. Twardus and his father Alex Stanley Twardus. He is survived by his wife Pamela D. Twardus, son Kevin W. Twardus, daughter Jennifer Quinlin, son Andrew Twardus, daughter Angela Vidican, nine grandchildren, one great grandchild, and his sister Barbara Twardus. A Memorial Service will be held Saturday May 1st, 2021 at 11:00AM at 21620 116th Ave SE, Kent, Wa 98031. In lieu of flowers, donations may be made to the Wounded Warriors.

The family of Steven Alexander Twardus created this Life Tributes page to make it easy to share your memories.