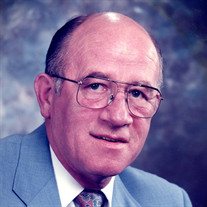 Theodore Leland Zink, age 85, passed away at his home in Tonasket, WA with family by his side. He was born October 21, 1934 in Jamestown, North Dakota. Ted came with his parents and sibling to Port Orchard in October 1937, moving with his family to Junction City, Oregon for his father’s work logging, then moving back to the Kitsap and Mason County area until settling on Lidstrom Hill. Ted married Wanda Scott on September 24th, 1956 in Seattle, Washington. They enjoyed 64 years of marriage and travelling together. Ted worked “Ted Zink’s Rural Garbage Service” for his folks while attending South Kitsap High School, graduating in 1953. He joined the National Guard in 1954, serving until 1959. He served part of his Funeral Director’s apprenticeship at Jones and Jones in Wenatchee, then Strickland Funeral Home in Centralia, Washington. Returning home, he worked as a logger with his father some time before starting his apprenticeship at Pendleton-Gilchrist Funeral Home. While serving his apprenticeship there he also attended Olympic College in the evenings, earning an Associate degree in Technical Arts and graduating in 1963. In 1963 he and his family moved to San Mateo, California where he attended San Francisco College of Mortuary Science, graduating in September 1964. After graduating he and his family returned to Kitsap County where he worked at Miller Reynolds and Lewis Funeral Chapel in Bremerton, then returning to Pendleton-Gilchrist the remainder of his career until becoming Kitsap County Coroner in 1991 and serving two terms. Upon retiring he moved to Tonasket, Washington where he and his family built a log home on 40 acres and raised Highland cattle. Ted enjoyed having company, pulling pranks, and telling stories and jokes. He is remembered for his dressing up for parades and helping others. He also enjoyed woodworking, fishing, hunting, watching Westerns (an avid John Wayne fan) and shooting guns. He was past president of Kiwanis, Captain Nemo on the Fathoms of Fun committee and was on the Port Orchard planning commission. He is preceded in death by: Father: Ted Zink, Sr. Mother: Gladys (Baker) Zink Sister: Teresa Bussey Brother: Doug Zink Niece: Linda Nohrenberg Nephew: Ronald Nohrenberg Survived by: Wife of 64 years: Wanda (Scott) Zink Daughter: Brenda (Robert) Zink-McKee Son: Bret (Lee) Zink Son: Robbie (Barbara) Zink Sister: Gloria Nohrenberg 8 Grandchildren: Dannie’l and Michael McKee; Natalie, Nicholas, Michael, Daniel, Trina and John Zink 10 Great Grandchildren: Noah, Mya, Nickolas, Arianne, Avery, Koban, Elliot, Westly, Bently and Catarina We wish to thank Frontier Home, Health and Hospice for their exceptional help with caring for Dad. In lieu of flowers the family requests memorials be made to Frontier Home Health and Hospice at www.frontierhhh.com, go to the Friends of Hospice. A Memorial service will be held at a later date, tentatively in September

Theodore Leland Zink, age 85, passed away at his home in Tonasket, WA with family by his side. He was born October 21, 1934 in Jamestown, North Dakota. Ted came with his parents and sibling to Port Orchard in October 1937, moving with his... View Obituary & Service Information

The family of Ted Zink created this Life Tributes page to make it easy to share your memories.

Theodore Leland Zink, age 85, passed away at his home in Tonasket,...