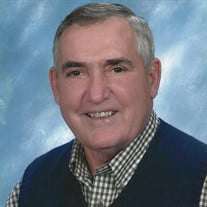 Terry Roy Fowler was born on March 18, 1943 to Donald and Betty Fowler in Watertown, New York. He had an older brother Bruce and younger brother Ric and younger sister Linda. They spent their summers at the family cabin at Knobby Knoll on... View Obituary & Service Information

The family of Terry Roy Fowler created this Life Tributes page to make it easy to share your memories.