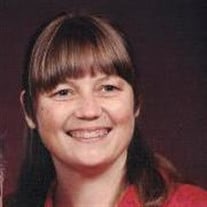 Vickie Officer lost her six-year battle with cancer on Friday, February 21st, 2020. She was 65 years old. Born in Puyallup, WA, Vickie and her two brothers were raised in Port Orchard. She attended high school at Auburn Adventist Academy where she met her future husband, Warren, in her freshman year. She and Warren married after her graduation in 1972, and eventually moved back to Port Orchard where they started their family and Vickie began her career. Masterfully detail-oriented, Vickie initially put her love of words to work for the Port Orchard Independent. At the Independent she held positions including copywriter, copy editor, and layout artist—back when “laying out” a paper was a labor of love performed by hand. Later, Vickie was the next in her family (after her father and older brother) to go to work for Puget Sound Naval Shipyard. After a stint in Pass and ID, where she worked maintaining the integrity of the shipyard’s personnel-related security, she moved to Loss Prevention where she developed an asset tracking system that was used for decades. Throughout her life, Vickie was active in the Seventh Day Adventist church community, and placed special emphasis on helping children and adolescents. She taught all ages of Sabbath School, from Cradle Roll to Junior, for more than three decades; she also taught Vacation Bible School from 2006 through 2019 and served hot lunches at Kitsap Seventh Day Adventist School (where she was known as “the Cookie Lady”) for many years. Vickie’s passions in life revolved around family, travel, and creative endeavors. Some of her favorite memories occurred where two or more of those passions met: family trips to Ocean Shores, travel with her father in Austria to see the sites from The Sound of Music, and family birthdays that offered her a reason to create baked, sewn, or other handcrafted goods to add to the occasion. Many of her most treasured moments revolved around her two grandchildren, on whom she doted and fiercely protected her time with—whether for special occasions or time spent as simply as on a weekly ferry ride to Seattle. Impervious to the prescribed assumptions of adulthood, Vickie never lost her youthful appreciation of life’s innocent pleasures. She loved animals (especially cats), children, nature, and other simple joys—while maintaining a keen appreciation for the macabre, passing a love of vampire and fantasy novels on to her son and grandchildren. Vickie was preceded in death by her father. She is survived by her mother, husband, brothers, son, grandchildren, and extended and chosen family members too numerous to list. She touched countless lives and will be missed and remembered every day. Vickie’s life will be remembered as a mission to love and serve her family, church, and at-risk youth. Her favorite hymns were “How Great Thou Art” and “In the Garden;” she was also a lifelong fan of the British Invasion bands of the 1960s, including the Beatles, the Byrds, the Rolling Stones and the Turtles. Her special song with her husband was “Baby, I Love You” by Tommy Roe. Therefore do not worry about tomorrow, for tomorrow will worry about itself. Each day has enough trouble of its own. – Matthew 6:34 (NIV) In lieu of flowers, please make a donation to the American Cancer Society or the local Search and Rescue. There will be a celebration of Vickie's life on Saturday, March 14th at 4:00 pm at the Seventh Day Adventist Church in Port Orchard, 5000 Bethel Road SE, Port Orchard, WA 98367

Vickie Officer lost her six-year battle with cancer on Friday, February 21st, 2020. She was 65 years old. Born in Puyallup, WA, Vickie and her two brothers were raised in Port Orchard. She attended high school at Auburn Adventist Academy where... View Obituary & Service Information

The family of Vickie Marie Officer created this Life Tributes page to make it easy to share your memories.

Vickie Officer lost her six-year battle with cancer on Friday,...