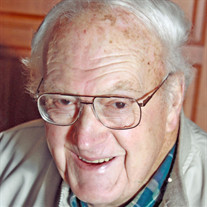 Walter Ellis Carter was born July 23, 1925 and passed away on May 10, 2017. He fulfilled many dreams and chased many others for the 91 plus years he was alive. The youngest child in a family with 10 siblings, he started as a farmer on the family farm. Later he journeyed through several careers as a dairyman, a landscaper for the University of Washington, a self-employed landscaper, a maker of crab pots, a computer programmer, and a mechanic at Boeing. He had taken computer training and learned to write the programing on coded cards for a large room sized computer and was fascinated by the whole concept. Unfortunately, just as he graduated, the computer industry began to change and the coded cards became obsolete. He used the training later, however, while working as a machinist at Boeing to write a program that helped keep track of inventory for parts. He invented a hammer helper, a bathtub in a tub, an electric cord holder, a solar house heater, and a highchair floor bib to catch spills. He wrote and published poems which gave him small awards and immense joy to create. One of his major regrets in life was knowing through vivid and descriptive dreams where gold and other precious metals were located. He did not have the time or money while younger to follow the dream instructions. Later in life when time was easier to find, he began to lose his sight which required he find a person with a similar mindset to explore the areas. Sadly, although he was actively seeking a partner, he still hadn’t done so. He met and married Barbara Maybee Ellis, a woman with several children, and they added more to create a family of 8. Divorce brought an end to the marriage but as a lifelong Mormon (Church of Jesus Christ of Latter Day Saints), Walt was sealed in the temple to his wife and children. It was his greatest hope that they all be reunited in the afterlife. He began a life on his own. Showing his fierce independence and determination to manage for himself, he managed to cook, clean and attend to most of his life duties without assistance until the last year of his life. He lived long enough that his father, Levi Alfred and his mother, Clara passed away in his earlier lifetime. And although the family were quite long lived, up to 100 years for some, all his brothers and sisters left this mortal realm before him- with the last one quietly exiting a year or two ago. Unfortunately, he lost track of his many nephews, nieces and cousins. He peppered his life with visits from a close friend and his family, going to holiday events and outings with a daughter and her children, attending church, writing his poetry, and puttering in the dirt growing container gardens. Raised a farmer, and later as a landscaper, Walt loved having his hands in the dirt. He was never happier than when he had a patch of soil to plant and harvest. He even cultivated his own hybrid crop of carrot/parsnips that he called carrotsnips. He lived a full life although there were many things he would have changed. May he rest in Peace.

Walter Ellis Carter was born July 23, 1925 and passed away on May 10, 2017. He fulfilled many dreams and chased many others for the 91 plus years he was alive. The youngest child in a family with 10 siblings, he started as a farmer on the family... View Obituary & Service Information

The family of Walter Ellis Carter created this Life Tributes page to make it easy to share your memories.