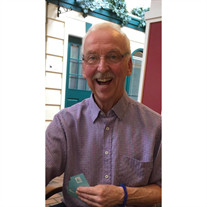 Lifetime Kitsap County resident Wayne Phillip Carslin, 69 went home on Sunday May 13th, 2018 in Bremerton, Wa. Wayne was born August 17, 1948 in Bremerton, Washington to John and Celeste Pearl (Ives) Carslin. He was raised with his two brothers in Port Orchard, Washington. Wayne’s love for the water started at a young age, he built a skiff in order to gain his Eagle Scout when he was 15 years old. This sparked an interest in boating that would last his lifetime. He, his family and friends would travel to the San Juan Islands, Hood Canal and south Puget Sound on annual adventures where impactful memories where made. Wayne was a lifetime member at the POYC where he joined at age 26. Wayne was an Army reservist and worked at PSNS where he retired after 37 years of service. Wayne started as a pipe fitter in shop 56 and held numerous positions in his career, retiring from Nuclear Business office. He served on the Kitsap County Diversion Board for many years as well as starting POYC’s scholarship fund. He was a member of the fraternal order of the Eagles and the Elks lodge. Everyone that knew Wayne saw that sparkle in his eye and his contagious zest for life. Wayne was always ready to offer a quick joke or a riddle and never knew a stranger. Wayne held everyone around him to a high standard. His influence and love captured the respect of those that were around him. He loved his family more than anything, and instilled in his family love, strength, wisdom, honor and integrity. Wayne is survived by his wife and best friend of 39 years Marcia M. Carslin (Carter) and his four children Daughter Joan Nilsen of Scottsdale, Arizona, Son Brian Nilsen (Sarah) of Port Orchard, Washington, Daughter Stacie Beltran (Tony) of Bremerton, Washington and Son Adam Carslin of Bremerton, Washington. Granddaughters: Kourtni and Chrystina Beltran of Bremerton, Kennedy Nilsen of Silverdale, Talia Vandegrift of Arizona and Lindsay Durham of Silverdale. Grandsons: Miles Nilsen of Arizona, Carter Nilsen of Port Orchard, and great granddaughter Pearl Miller of Bremerton, great grandson’s Cohen Nilsen-Parrish and Luke Durham of Silverdale. Wayne has one remaining brother Kermit Carslin of Bremerton and extended family members throughout the U.S. Wayne was surpassed in death by his parents John and Celeste Pearl Carslin and his older brother Doug Carslin. The family would like to invite his friends and family to join in a celebration of life at the Port Orchard Yacht Club on June 16th from 2pm-4pm.

The family of Wayne Phillip Carslin created this Life Tributes page to make it easy to share your memories.