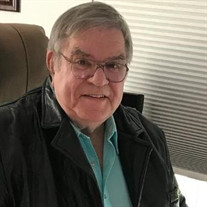 Wayne was born in Cleveland, OH to Stella and Bruno Sieckowski. He grew up in Cleveland and graduated from Benedictine High School. Wayne joined the United States Navy after high school, and while in the Navy he attended night school and received a Bachelor’s of Art degree in Business Administration. Wayne was a proud submariner throughout his career in the Navy. He retired in 1985 with the rank of Master Chief. After retirement, Wayne was a self-employed businessman for many years Wayne married Michelle Duncan in 1965. Wayne Jr. was born in 1968 and William was born a few years later in 1970. The family lived in many different duty stations, but growing up in Pearl Harbor holds the most memories for Wayne Jr. and Bill. They relocated to Washington State in 1981 where Wayne finished out his Navy career and the family made their home in Kitsap County. Wayne stayed involved with veteran’s groups, most notably the local Navy sub vets group. He loved volunteering with this group and made many friends through the years of involvement. He enjoyed their visits to Retsil Veteran’s Home, selling fireworks to raise funds for the annual scholarship awards, sitting on the scholarship committee, and being active on the Board. Wayne loved to travel and continued his trips around the globe even when his health was taking a downturn. He took his kids and grandkids on a cruise, twice took them all to Hawaii where the grandkids got to see the places where their Dad and Uncle grew up, and in 2016, he took Wayne Jr and Bill to Poland to meet family that Wayne Sr had connected with. Wayne was an avid golfer and took many trips to see friends in which the trips were planned out around golf courses. Wayne was interested in life, and his hobbies were diverse. He twice rode the “STP” – the Seattle to Portland bike ride. He has restored a Mustang, raised pigs, raised llamas, grew lavender, was a literacy tutor, and loved all things baseball (especially the Cleveland Indians). Wayne was especially proud of being a Grandpa. He was interested in all the sports and hobbies that Spencer and Sarah became involved in. He was known by all the parents and kids on the baseball and soccer fields as the Grandpa with the booming voice telling stories. More than once, his daughter-in-law Keri had to “shush” him at Little League baseball games when he could be heard saying “get the hook” if he wanted the pitcher to come out of the game. Wayne loved Christmas time, giving gifts, and making big Christmas Eve dinners. He used to rotate years between manicotti and lumpia, but the lumpia and fried rice dinner was the family’s favorite and so that became the traditional Christmas Eve meal. Sarah learned how to make his famous fried rice and we are on the hunt for his lumpia recipe so that the tradition will continue. Wayne passed away on May 15, 2022 at St. Anthony’s Hospital in Gig Harbor, WA. He is preceded in death by his father, Bruno Sieckowski, his mother Stella (Skabar) Sieckowski, step-father Bill Bunosky, and brother David Sieckowski. He is survived by his sons Wayne Sieckowski, Jr and William Sieckowski, daughter-in-law Keri Sieckowski, grandson Spencer Sieckowski, granddaughter Sarah Sieckowski, niece Kristy Salvage, nephews Steven Sieckowski and Matthew Sieckowski, and by many friends in the community, especially his submarine veteran’s group. Wayne will be laid to rest in the “veteran’s corner” of the Ivy Green Cemetery in Bremerton, WA. “Fair Winds and Following Seas”

Wayne was born in Cleveland, OH to Stella and Bruno Sieckowski. He grew up in Cleveland and graduated from Benedictine High School. Wayne joined the United States Navy after high school, and while in the Navy he attended night school and received... View Obituary & Service Information

The family of Wayne David Sieckowski created this Life Tributes page to make it easy to share your memories.

Wayne was born in Cleveland, OH to Stella and Bruno Sieckowski....