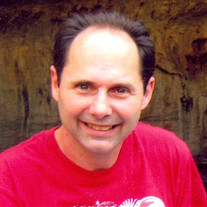 Wayne Neal Wyatt was born on March 5, 1965, to Fred and Kay Wyatt. He and his three younger brothers, Kevin, Brian and Mark, grew up in Yakima Washington. Wayne attended his Uncle Bill’s church from time to time and accepted Christ as his Savior at a young age. He attended Davis High School and then Central Washington University, where he was very involved in Chi Alpha ministries. During his time at Chi Alpha, he learned to love the Lord and became passionate about serving Him. It was at Chi Alpha that Wayne met and fell in love with Robyn Nelson. Wayne was always a bit of a joker. The first time he asked her out she didn’t realize it was a date, so she invited a friend. His five roommates thought this was so hilarious that they invited themselves to attend as well. It was one of the best chaperoned dates in history. Wayne and Robyn were married on June 30, 1990. Together, they shared a vision of spreading the News of God’s grace and compassion to anyone they met. Wayne started his career as a school teacher while Robyne stayed home to raise their six beautiful children. Anyone who met Wayne noticed a man with a great sense of humor, a love for the spontaneous, and a great exuberance for life. He loved his wife and children deeply and took an instant liking to almost everyone he met. His favorite way to spend time was planning and going on Disney trips with his family. He loved music, drama, movies, Flash comic books and all forms of entertainment. He loved singing and acting and was involved in many church productions where his sense of humor and upbeat attitude shined. He loved to perform but was just as happy sitting and watching a good show or movie. His absolute favorites were the Indiana Jones movies. Anytime his family went to Disneyland with him, they could look forward to spending many (often unpleasant) hours waiting in line for the Indiana Jones Adventure. Wayne loved his work as a teacher and often referred to it as the best job in the world because he got to sing and play games every day. His absolute favorite things in life included singing goofy songs to his students, rough housing with his kids and his dog, and making people laugh. Wayne struggled to be the best at everything he did—not for himself, but for those around him. It affected him deeply anytime he felt he had failed someone—especially someone he loved. But he never stopped trying to be a better man, husband, father, or son of God. He was often hard on himself—harder than anyone else could have been. In the last few years of his life, he seemed to finally have found a sense of peace and surrender. He still tried to do his best, but he had learned to rely on God’s grace and strength to lead him. He spent his last days doing everything he could to prove to his wife and children just how very, very much he loved them. His life was cut short, but if he had any message to give, it would be, Trust God, let Him help you. Never give up trying, no matter how many times you fail. “For though the righteous fall seven times, they will rise again.” Proverbs 24:16 Wayne is survived by his wife, Robyn Wyatt; his children, Gregory, Danielle, Rachel, Abigail and Zachery Wyatt; his brothers Kevin, Brian and Mark Wyatt, his sons-in-law Brandon Carkeek and Trevor Clavette, and his grandchildren Adonis and Freya. He was preceded into the kingdom by his parents, Fred and Kay Wyatt and his daughter Rebecca Wyatt.

Wayne Neal Wyatt was born on March 5, 1965, to Fred and Kay Wyatt. He and his three younger brothers, Kevin, Brian and Mark, grew up in Yakima Washington. Wayne attended his Uncle Bill&#8217;s church from time to time and accepted Christ as... View Obituary & Service Information

The family of Wayne N Wyatt created this Life Tributes page to make it easy to share your memories.