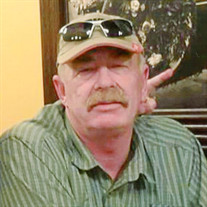 William Andrew ‘Bill’ Suprunowski was born February 13, 1958 in Tacoma, WA to Henry and Irene Suprunowski. He was the oldest of four including sisters Jean Ann and Janet, and brother Jon. All of his life he was known as a hard working simplistic and easy-going sort of guy. He just did not like over processing things that should be easier than most folks make them. He liked to stay home and putter around and he liked to spend the night on his boat. A favorite hobby of his was to fix broken boat motors and re-sell to some hard-working guy on a tight budget knowing he was once there as well. His propensity for hard work netted him a job at a tire shop, and eventually a bride. He went to work at Tammy’s dad’s tire shop and that is how they met. Her story is this was love a t first sight as when she first saw him she knew that was the guy she wanted to marry. On July 27th, they celebrated their 34th anniversary. He worked as an electrician doing repairs and installations of fire protection and alarm systems. He would often get called out to do after hours work getting people safe again, which is something he loved about his job. He loved hunting, fishing and most other outdoor ventures. He liked the Seahawks, especially once they started being a force to reckoned with. His most favorite thing was having a family BBQ with Bill Jr. doing the grilling. He would talk for days about how nice that was. Bill was a genuine good guy, even though you could not talk to him until he had his first cup of coffee. Coffee cups are a whole other story. He loved his wife, children, and loved the grandchildren, and he really loved being called grandpa. He loved spending time with his Father, even if it was just a quick stop for a cup of coffee. Bill was so blessed to take his dad on a road trip back East this last spring. Bill enjoyed his trips over to the Harstine Island cabin, especially the time his daughter Theresa and family were visiting and made homemade tamales. Bill liked coming home from work and hanging out back with son Joey talking of the day or making plans for another day with a cold beer. Bill was just saying not to long ago "wow I could retire in less than 90 days", but he wanted to work for 5 more years. Bill was just a great guy.. funny, kind, smart, best poker face and great sense of humor.. gone too soon, he was loved very much and will be very greatly missed. Among the many that will miss him are his 14 nieces and nephews that affectionately called him Uncle Buck.

William Andrew &#8216;Bill&#8217; Suprunowski was born February 13, 1958 in Tacoma, WA to Henry and Irene Suprunowski. He was the oldest of four including sisters Jean Ann and Janet, and brother Jon. All of his life he was known as a hard working... View Obituary & Service Information

The family of William Andrew Suprunowski created this Life Tributes page to make it easy to share your memories.