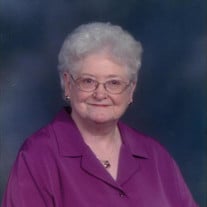 Zula M. Bedell (b. Deering) was born February 19, 1932 at home in Rock Port, Missouri. She was the youngest of five children and the only girl. Two younger sisters died shortly after birth. She was raised on a farm near Tarkio, Missouri, and graduated from Tarkio High School in 1950. She was widowed at age 39 when her husband was killed in a farming accident and orphaned at age 48 when her parents, Oscar and Carrie, were killed in a car accident. She raised two children, Duane Bedell (Susan) and Deanna Bedell (William Bell) who both graduated from college and earned master’s degrees. She has three grandchildren, Dax Bedell (Jenni), Aubree Bedell Hayden (Chad) and Colin Bell (Myliesha Hines); and six great grandchildren, Quinn, Dax V.H., Chloe, Esme, Brynne, and Avery. Zula is preceded in death by her husband Dean, her parents, all four of her brothers (Lee, Harmon, Roy, and Herbert) and two infant sisters (Ellen and Frances). Zula, unlike most farm wives, not only worked at home raising a family, a garden, and animals, also worked outside the home at the local grain elevator as bookkeeper. After being widowed, she started a career doing payroll for a large construction company for several years. This involved moving to various states, including Tennessee, Georgia, and Utah for the company. She eventually settled in Springfield, Missouri, and retired from Missouri State University at age 75. She was an independent woman who reluctantly moved to Washington State after retirement to be near her daughter. Zula attended church regularly wherever she lived and was a member of the Brentwood Christian Church, Disciples of Christ in Springfield before moving to Port Orchard, Washington. She has attended the Colby United Methodist Church (South Colby/Port Orchard) since 2008. She was very involved in church activities, volunteered at the Manchester branch of the Kitsap Regional Library, and was a member of the Seattle Children’s Hospital Guild. She was a regular contributor to St. Jude’s Hospital and Shriner’s Hospital. She met many friends over the years and enjoyed travel, country music, concerts, reading and baking. She will be missed.

Zula M. Bedell (b. Deering) was born February 19, 1932 at home in Rock Port, Missouri. She was the youngest of five children and the only girl. Two younger sisters died shortly after birth. She was raised on a farm near Tarkio, Missouri, and... View Obituary & Service Information

The family of Zula Mae Bedell created this Life Tributes page to make it easy to share your memories.